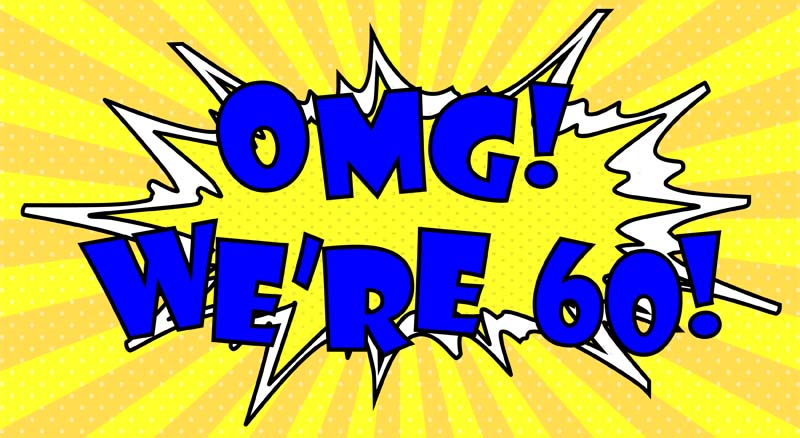 Yes, it’s true. The upcoming fair will be our 60th fair. It all began 60 years ago when the Junior Chamber of Commerce and like-minded people at the Hamilton Spectator thought it would be a good idea to hold a science competition for high school students. As the concept of science fairs was quite new the organizers realized that they would need to explain the concept to students and teachers. Volunteers visited schools to explain the concept and answer questions. On January 14, 1961, a public presentation in the Palace Theatre introduced the concept to 2000 students and their parents. By the time registration started over 3,000 students had been introduced to the concept of a science fair

“A speaker is available for any schools which would like to know more about the project, which offers prizes and a chance for science-minded students to show their skill.
Science teachers should contact J. H. Gildea, Spectator promotion manager.
BESIDES answering questions on the fair, the speaker will also show a short movie on exhibits at last year’s Ontario Science Fair.

Over the last 60 years there have been many changes. From those early beginnings a comprehensive science fair ecosystem has evolved. Currently over 100 regional fairs, covering all of Canada, are coordinated through Youth Science Canada (YSC). At the national level, YSC sponsors a national fair and teams also compete at the International Science Fair.

And BASEF has changed too. Attendance expanded from 100 students showing 70 projects to 350 projects presented by 500 students today. In 1973 grades 7 and 8 students were added to the competition. Prizes have grown in value to approximately $300,000. And of course operating expenses have risen dramatically.

But much remains unchanged from the early days. Students are as enthusiastic as ever. Their work demonstrates the fundamental curiosity of our species – that need to know and understand the world around us. And always, a deep desire to help those around them and improve the human condition.

It’s no wonder that, for 60 years, teams of volunteers and community supporters have worked hard to make the fair a success. It’s not just a great investment in the future, it’s incredibly rewarding – and a lot of fun.

So mark your calendars

A History of Innovation

In 1961 the science fair concept was new but generating a lot of interest. Only a couple of years earlier a group of institutions formed the Canadian Science Fairs Council to promote science fairs across Canada. The group’s technical adviser, John D. Welsh, heard about the Science Fair Show at the Palace Theatre and flew to Hamilton to see what he could learn. Mr. Welsh was quoted in the Hamilton Spectator:

“I THOUGHT it was a terrific idea,” Mr. Welsh said. “I hadn’t seen anything like it in my experience on both sides of the border.
“I thought I’d come along and see what I could pick up for other science fairs.”
He considered the fairs to be part of a broad educational process, not designed only for future scientists.
In preparing for it, he pointed out, a youngster often has to make some personal sacrifice perhaps by saving up to buy needed parts for his project. And he needs to have the ability to stand up in front of the judges and explain his project, which in turn requires a reasonable command of English.
“IT ALSO MEANS,” Mr. Welsh said, ‘that the youngster who does a scientific project in his own time has a chance to get the same sort of recognition as the football hero or the campus queen.”

And for those that enjoy stats – when Eric and Stephen attended the fair there were 12 judges. At the 2019 fair Eric was part of the team of 329 merit and special awards judges.